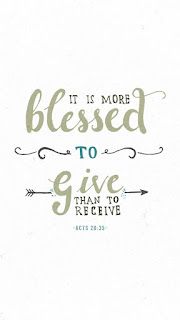 In the end, as cheerfully as we may give, we cannot outgive the truly cheerful Giver. Willingly, he gave his own Son (John 3:16; Romans 8:32), as he had decided in his heart, not reluctantly or under compulsion but with overflowing joy.

God loves cheerful givers because he is one—the supreme one. And every gift we give in Christ is simply an echo of what we have already received and of the immeasurable riches to come (Ephesians 2:7).

Father in heaven, here at Christmas save us from the heart of Scrooge and make us more like you. You are truly the ultimate Giver. Christmas expresses your stunning generosity. You gave your own Son to the constraints and miseries of our humanity and world. And what love you have demonstrated in history, for all to see, in that while we were still sinners, Christ died for us. So, Father, bend our hearts to be more like yours this Christmas. May we know, as never before, the heights and depths and riches of the blessedness of giving. In Jesus’ name we pray. Amen.

Quotes from Day 19 in The Christmas We Didn't Expect

Christ did not come to put on a show or make a cameo appearance in history. He came to bring life to the dead, to rescue the perishing, to heal the sick, to destroy the works of the devil.

Christmas doesn’t ignore our many pains; neither does it bid us wallow in them. Christmas takes them seriously—more seriously than any secular celebration can—and reminds us that our God has seen our pain and heard our cries for help (as in Exodus 2:23-25; 3:7-9; 6:5), and he himself has come to deliver us.

Father in heaven, in our toughest seasons of life, it’s good to know that you’re not pressuring us to feign merriment. You see our pains. You hear our cries for help. And what greater demonstration of your care and concern could we have than that you sent your own Son into our world of sin and chaos and frustrations that first Christmas to come to our rescue? O Father, in our sufferings and stress, grant that we do not ignore the great display of your love in sending your Son to die for us. Touch our souls this Christmas. Show us that real joy is possible, even in the midst of pain. Give us a glimpse and foretaste of the glory to come. In Jesus’ healing name we pray. Amen.

Quotes from Day 18 in The Christmas We Didn't Expect

Learning the Habit of Christmas 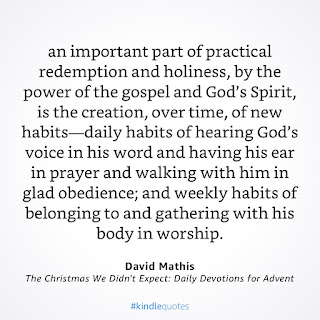 An important part of practical redemption and holiness, by the power of the gospel and God’s Spirit, is the creation, over time, of new habits—daily habits of hearing God’s voice in his word and having his ear in prayer and walking with him in glad obedience; and weekly habits of belonging to and gathering with his body in worship.

Father in heaven, how marvelous that your people waited centuries, and yet here we are, in the age of the Messiah, conscious of your grace and your grand design to visit us in the person of your Son. Rekindle our awe in this final week before Christmas. The incarnation of your Son is truly awe-inspiring. Keep us from being steamrolled by secular assumptions and patterns. Inspire in us fresh initiatives and habits to remember what’s at stake and who we celebrate in these precious days. In Jesus’ name we pray. Amen.

Quotes from Day 17 in The Christmas We Didn't Expect

You Were Made for Christmas 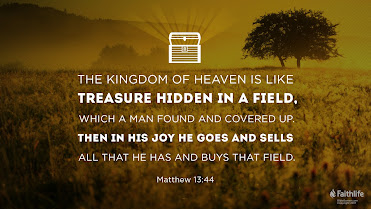 God himself arrives not only to save us from sin and death but to rescue us for himself.  Christ comes and will pay the ultimate price in suffering and death "that he might bring us to God (1 Peter 3:18) and that risen he would be our exceeding joy (Psalm 43:4).
Jesus himself is the great joy that makes all the attendant joys of our salvation so great.

Father in heaven, we acknowledge that the great joy of Christmas is Christ himself, and we marvel that such joy in us is not icing on the cake or some added extra, but the live concern of God Almighty. With all your heart and soul, you see to it that the souls of your people are satisfied in your Son, to the glory of his name. Exalt him in us this Christmas. Satisfy our thirsty souls in him: not just in his salvation but in your Son himself. We receive him as the great gift of Christmas and gladly declare that we were made for him. In his precious name we pray. Amen.

Quotes from Day 16 in The Christmas We Didn't Expect

How God Became a Man 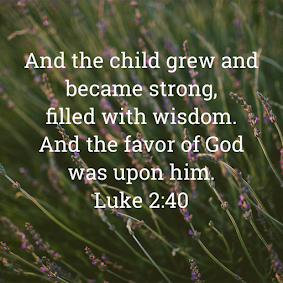 That he would send his own Son to live and mature and labor in relative obscurity for some three decades, before “going public” and gaining recognition, has something to say to us about the dignity of ordinary human life and labor—and the sanctity of slow, incremental growth and maturation.

Father, grant that we do not begrudge you the glory of our long, arduous maturation processes. As we stumble, and even flounder, in our awkward stages and hardest moments, we are tasting the growing pains that your Son knows well. And he stands ready to help us persevere until your process is complete. So we lean on Jesus our brother and the power of your Spirit, who upheld him. Show us yourself, and your Son, in our growth in favor with you and others. In Jesus’ name we pray. Amen.

Quotes from Day 15 in The Christmas We Didn't Expect

God Grew Up In a Forgotten Town 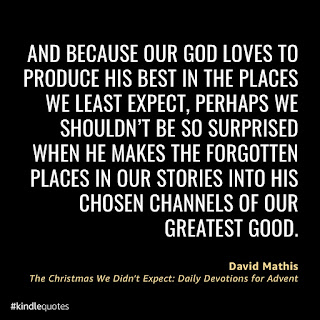 Can anything good come out of Nazareth? The answer to Nathanael’s question is an emphatic yes. And not only good but the greatest. And because our God loves to produce his best in the places we least expect, perhaps we shouldn’t be so surprised when he makes the forgotten places in our stories into his chosen channels of our greatest good.

Father, we believe you are sovereign over, and present in, the most modest and uninteresting aspects of our lives. Forgive our disdain for the things you have ordained for us. Banish from us any lust for the limelight that would send us running from our Nazareth, prematurely angling for Jerusalem. Father, grant us the faith and patience to live with joy in the callings you’ve given us, as we marvel at the faith and patience of your Son, in whose name we pray. Amen.

Quotes from Day 14 of The Christmas We Didn't Expect

[Jesus] own self-humbling—which began in coming as an infant and now extends in submitting to his parents—will culminate “by becoming obedient to the point of death, even death on a cross” (Philippians 2:8).

Jesus’ highest and final submission was to heaven. Submission on earth, however proper, would not keep him from obeying his Father, dwelling in his Father’s house, or even parting from his parents for three days. His Father in heaven was the sole recipient of his absolute allegiance, even as his father and mother on earth received his real and substantial respect. 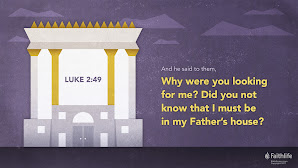 Father, we marvel at this “admirable conjunction” in your Son: fully God, yet fully man, and submissive to his human parents. Asking questions to grow in his understanding, and humbly formulating answers because you have spoken. Father, give us, like your Son, the humility of submission to the human authorities you’ve given us. May we, like him, know that the path of glad submission is the path of full and lasting joy. In Jesus’ name we pray. Amen.

Quotes from Day 13 in The Christmas We Didn't Expect