Thanksgiving and Chritmas with family

Christmas break here at BBC is quickly coming to an end. I thought it would be a good idea to post some Thanksgiving (in Toledo) and Christmas (in Pittsburgh) pictures.
Here is a picture of Joel with his cousins from the Ryan side of the family. While in Toledo, over Thanksgiving, the family throw an early birthday party for Joel. 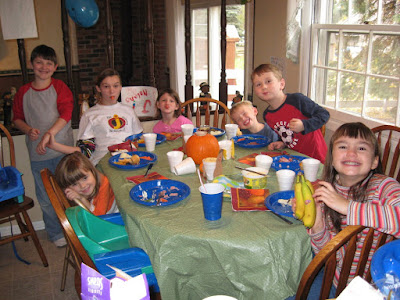 Liam and Josiah with grampa. 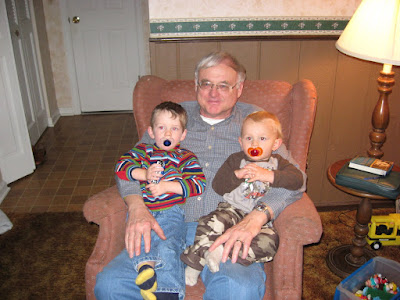 Josiah, Jacob and Joel at grammy's house during Christmas. 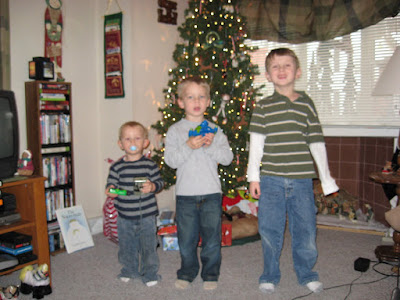 Josiah and Joel with Grammy. 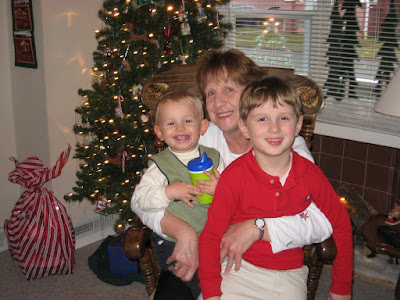 Posted by Drodgersjr at 12:59 PM No comments: