"The Case for Christ" is solid apologetics shared through the heartfelt and compelling story of Lee and Leslie Strobel.  In reading this review keep in mind that I watched the movie with my 14-year-old and 11-year-old sons, thus guiding our post-film discussions toward a more youthful perspective.
VERY OBVIOUS SPOILER ALERT:  At the end of the movie Strobel’s life is changed by the truth of the Gospel and the life-changing testimony of his wife.

The movie begins with Lee receiving an award at his Chicago Tribune office.  The sign behind him summarizes the philosophy of Lee’s life and career: “If your mother says she loves you, CHECK IT OUT.”  Facts are what he pursues in his writing and to what he holds onto in his life.  His world is sent into a tailspin when his wife is saved through the testimony of a nurse.  From this point on in the movie, Lee decides to divide his time between his journalist job at the Tribune and finding proof that Christianity is nonsense so his wife will go back to being an atheist with him. After speaking with colleagues, he decides the way to destroy Christianity is to prove that Jesus didn’t literally rise from the dead.
The Case for Christ does a great job of telling Strobel’s life story while presenting apologetic evidence for the reliability of scripture, the death of Jesus and the appearance of Jesus after his resurrection.  These conversations with experts in archaeology, psychology, religion and other areas are interwoven throughout a heartfelt story of a couple’s pursuit of Jesus Christ.
One of my favorite quotes that I believe summarizes the movie is when Lee says to his wife Leslie “It wasn’t just the evidence.  It was you.”  Strobel found the Truth about Jesus in the evidence he found.  He also witnessed his wife’s life changed radically by this same historical Jesus.
I would not recommend you see this movie as mere entertainment.  I would highly recommend you see it with someone you want to see grow closer to the historical, life-giving, life-changing Jesus Christ.  There are many great talking points. 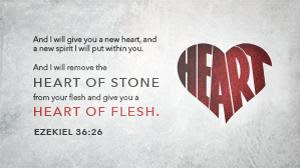 Posted by Drodgersjr at 9:00 AM No comments: