Our apartment is now finished!


The renovations to our apartment are now over.
We have nothing in the lounge area and life has gotten back to "normal" for the Rodgers family.
If you want to see the amount of work they did go back a couple of entries to see the beginning of the project.
It definitely has felt like our apartment has been changed from connected dorm rooms to a home.
The interesting thing about these two rooms is they are actually 2 remodeled college dorm rooms with the wall between them knocked out.

Just a reminder about the the praise requests regarding the next two weekends, check the previous post. 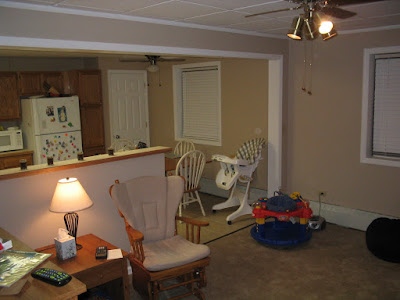 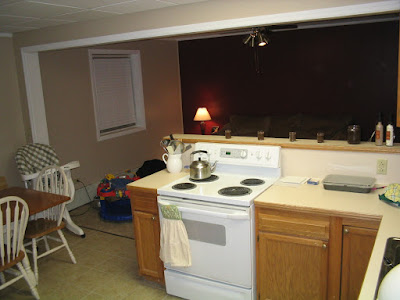 I realized another thing that could be added to the "You know from Toledo" list.
120. You were VERY upset about at least one of the major BCS football games OR you don't care AT ALL about college football. (I feel I have waited long enough to make a comment the BCS)

The college students have made there way back to BBC. Krista has been able to have some good interaction with many of them. Last night they had their beginning of the semester dorm meeting. Krista thought it went very well. The next two weekends are going to be busy for her.

I realized this past Sunday I made a mistake on one of my previous posts. I said that classes for second semester began on January 15th. I was wrong. They begin on the 22nd. The college classes began on the 15th. The "extra" week has provided me with an opportunity to get some more reading and studying done in preparation for second semester.

Our apartment renovations are done. I am planning to get some pictures on this website Thursday or Friday.

This past Sunday I "substitute taught" in our Adult Sunday School. I used a lesson I have taught a couple of times in Toledo based of a book I read several years ago. Well, Monday I received an email from Discipleship journal with the following link. You may want to check out the article especially here at the beginning of a new year.

10 Questions To Ask To Make Sure You're Still Growing
Are you more like Jesus than you were a year ago? One of the early explorers to the North Pole charted his journey hourly to ensure that he stayed on course through the white wasteland. At one point a strange phenomenon began to occur. As he checked his position, his instruments indicated that even though he had been moving northward, he was actually farther south than he had been an hour before. Regardless . . .
http://www.navpress.com/EPubs/DisplayArticle/1/1.97.9.html

Borders Bookstore moment:
Retail during the Christmas = Craziness. One specific story and the other one a general thought I had. The story is humorous and the thought is sad.

We live in a world where people are looking for answers. Our culture is spiritual but not religious.

Posted by Drodgersjr at 10:15 PM No comments: