Some pictures of our apartment renovations:

Some pictures of the boys and Joel's stitches! 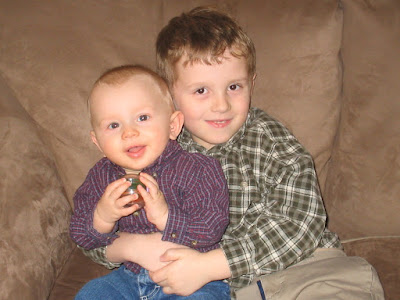 Josiah on the couch! 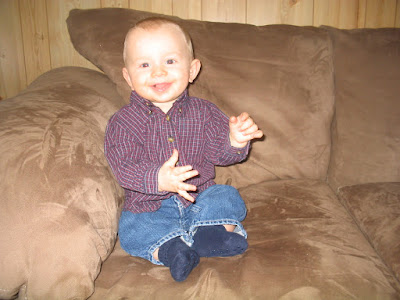 Joel and his stitches!! 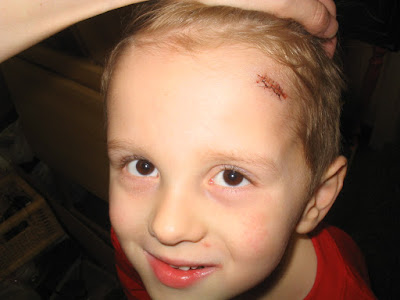 Posted by Drodgersjr at 11:11 PM No comments:

28.) You've been to a Mud Hens game.
31.) You'd take Beaners over Starbucks any day, and you use your Beaners card religiously.
32.) Your mayor has gotten into almost-fist-fights with people.
35.) You still have no idea what a Mudhen is, or if you do know, people think you're making it up.
36.) At least one person you know works for Jeep.
40.) You think having four all-girls and boys catholic high schools is normal.
44.) You'd rather drive an hour to Detroit than fly out of Toledo Express.
47.) You've been to Meijer's at 2am.
48.) You've ever been to Children's Wonderland at the Lucas County Rec Center.
49.) You hate the Blade, but read it anyway.
50.) You live in a suburb, but say you're from Toledo.
51.) You've eaten at Tony Packo's. (Bonus points if you can say it correctly.)
52.) You survived the North Toledo Riots of '05.
53.) Your basement, yard, porch, driveway, ditches, and malls flooded from June-August '06.
56.) You can finish this Banner Mattress commercial: "No gimmicks, no tricks till 200_"
57.) You got confused when they added onto the mall.
60.) You're torn between rooting for BG or UT.
64.) You know Major Magic's was way better than Chuck E. Cheese's.
65.) You know what Q-Zar is and have a favorite team color.
67.) You have at least one Race for the Cure T-Shirt.
72.) You've ever ridden the bike at Cosi. Extra points if you know what Cosi stands for.
74.) Your idea of a "family vacation" is a weekend trip to Cedar Point.
79.) You have four network tv news stations, but you only take two of them seriously
81.) You know your choice in colors on OSU vs. Michigan day cuts out any decent conversation with half of your friends, because unlike most of Ohio towns Toledo is 50% Michigan fans 50% Ohio State fans.
87.) You use the excuse that you love snow when you can't afford to spend the winter in Florida.
88.) You have had Green bean casserole.
89.) You are used to food festivals (German, Polish, Irish and every other festival) and go to them even if you aren't of the nationality.
93.) You drive around Sylvania cuz you know the neighborhoods with the best Christmas lights!
100.) You know that no Republican will ever win the mayorship of your city.
103.) You can pronounce Maumee correctly.
104.) You realize that the town of Oregon and the state of Oregon are pronounced differently.
107.) You know what speed to drive on the Trail at night so that you never have to hit the brakes.
108.) You know who Blizzard Bill Spencer is.
109.) Your mayor addressses residents' complaints about airport noise by proposing that the city moves all the deaf people near the airport.
117.) Ending up in Michigan after taking a wrong turn does not incite panic because it's like going across the street.
119.) You will always call MUO "MCO" and your parents will always call UT "TU"
Posted by Drodgersjr at 10:22 AM 1 comment:

This morning Joel is getting his stitches out. Please continue to pray for him.

We think we had a pink eye problem in the family. Joel and Krista had it but we think we got it early enough so that it did not get to bad.

In the midst of all of this our apartment is starting its second week of remodeling. Our kitchen and living room furniture is out in the lounge. Pray that the guys will be able to finish the job as quickly as possible. Pray also for flexibility on our part.

We have several pictures to post as soon as we find the cord that goes from our camera to our computer.

Classes start on the 15th, a week from today. Pray for the new semester.
Posted by Drodgersjr at 8:56 AM No comments: